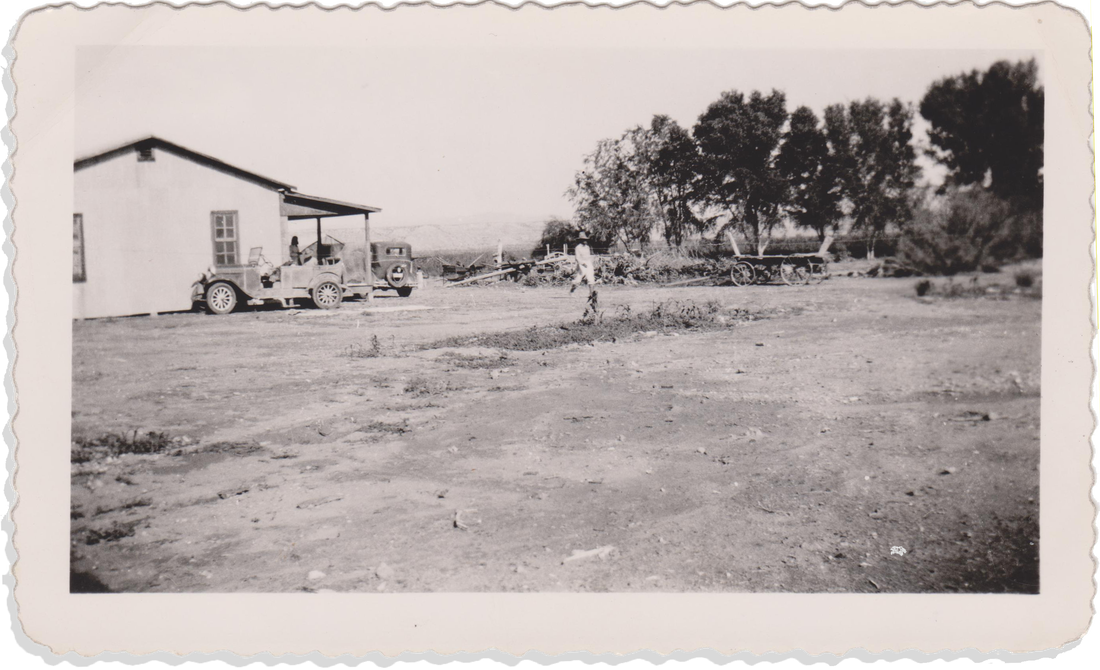 The Sheriff
In the hot West Texas sun, a constable watched over a sleepy little town called Terlingua.  This constable was a hero, a loyal protector, beloved by all in the town. Before he was all of this though, he was just a boy with a dream.

The boy had no name and no money. He lived with his huge family in a tiny shack and even though they didn’t have much, he did his best to help them in any way he could. Often times, there wasn’t enough food to go around, so he would go hungry to feed his brothers and sisters, always looking out for them. To distract himself from his growling stomach, he would go outside and stare into the abyss of the breathtaking West Texas night sky--unrivaled in beauty and mystery.

He would climb atop the dented metal roof and gape at the millions of stars that dotted the sky like splatters of white paint on a black canvas or fireflies on a dark summer night.  Usually he enjoyed a peaceful silence, but one lucky night, he heard a shot and the galloping of hooves. He heard two more shots and sat up stick straight, eyes wide with alarm. By the silver moonlight, he saw it was a bandit on a horse, being chased by the town’s constable--a living legend! The constable spurred his horse faster and faster, but the bandit kept his lead.

The constable fired at the bandit ad narrowly missed, but the bandit fired right back and his bullet hit the town’s loyal protector straight in the chest! He tumbled off his horse as the figure clothed in black sped off into the distance. The boy ran to the constable and quickly realized what was about to happen as thick scarlet blood seeped out of the constable’s once white shirt and into the dry, cracked earth.

When the constable saw the boy caked in red dust wearing rags, he motioned for him to come closer and told him not to be afraid. The boy cautiously approached him.  “It’s my time, but I can see it in your eyes, you’ve got in in you, the spark, the light, everything you need to take my place. Take this and be kind and fearless. I’ll be up there, watching.” And with a smile, he said “Make me proud,” and his eyes drifted to the expanse of space up above as the life faded from them.  The boy cried out and a single tear slipped from his eyes and he clenched the shiny little object the constable had given him in his tiny fist. It was a silver spur.

The boy worked hard and became the best constable the town had ever seen, and they became his new family. He protected them time and time again before he was killed in the line of duty, dying a hero, all the while wearing his silver spur.  Now that spur sits atop a tall oak piano while his story gets passed on from generation to generation. Now his great great grandchildren look up at it in awe and aspiration and wonder.

This story shows that even though my family didn’t come from much and has struggled, they look out for each other, which is why they are so close. Times were very different back then, for example, the fact that they rode horses instead of driving and there wasn’t as much or as advanced technology.

Culture in a small town in West Texas is very different itself, though, also.  The community is a lot closer knit and everyone knows everyone in a town like that, as well as knowing everything that happens there. The people in this town also typically didn’t have a lot, so the boy’s situation wasn’t too uncommon and something like a silver spur would have been incredibly valuable to them.  The core values of this culture include things like family and taking care of each other, which is what the protagonist of the story pretty much spent his life doing and passed on through the generations.

Also things like hard work and never giving up were important, which is how the boy got to be a constable. Loyalty and commitment, and keeping your promises were also crucial values of this culture, hence the emphasis on the fact that he did end up trying to make the previous constable proud, and the fact that he died in the line of duty, doing what he lovedeven if it was dangerous.

Religion is also a big part of the culture of my family, specifically Catholicism, which is part of why the “giving” spirit is such a big factor in the story and improving the lives of others almost even above your own.  I believe my family wanted to instill all of these values in me from a young age because ever since I was a little girl, my grandpa has been telling the story of his grandpa, the hero, and how we all need to strive to be more like him. He is one of the family’s greatest sources of pride.