Click on the photos to enlarge them.
The Light of the Desert School
on the Madrid Ranch near Redford 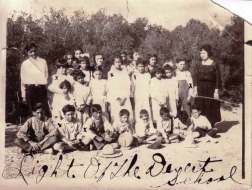 In this photo standing at the far right side in a dark dress is Celestina Rodríguez Peña, the teacher.  Click here to read a compelling Recuerdo about her.
The Molinar School

Molinar School taken possibly in early 1930s perhaps 1932
This was a ranch school on the property of Alberto Molinar.  The school probably was located on the Molinar land shown in the following record Franco-Molinar land purchases
The Little Red School House
This was the school house in Terlingua (Chisos) before the Perry School was built to replace it in 1930. 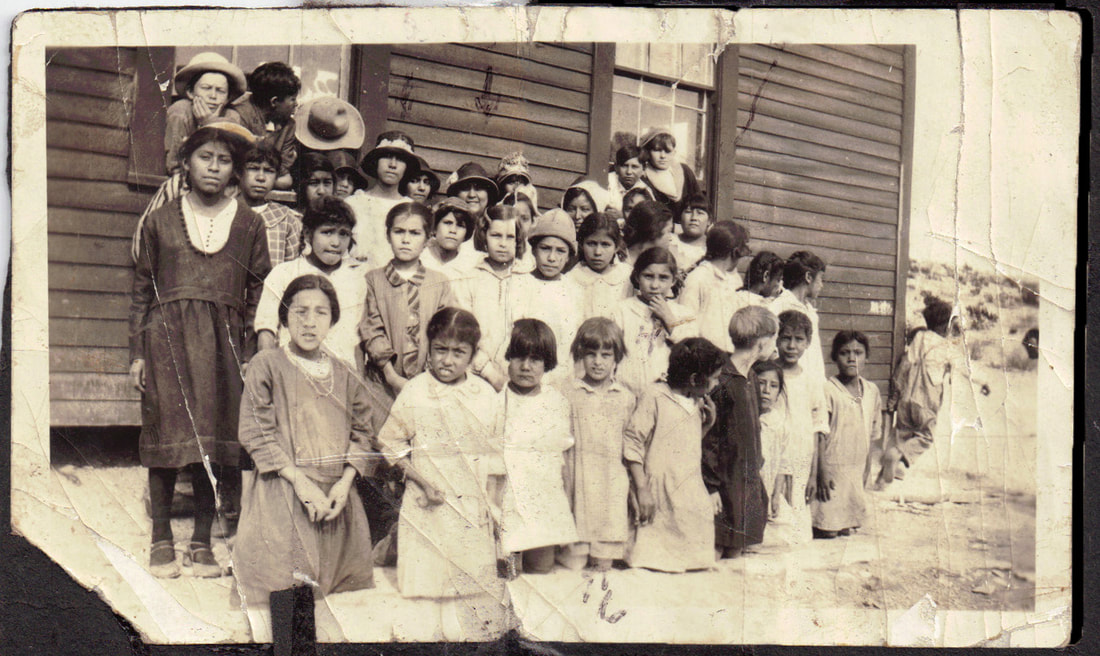 There seem to be around 40 people in the photo.
The Perry School
Perry School built in 1930 -- replaced the Little Red School House
Perry School Building Plans
The Study Butte/Campo Nuevo School 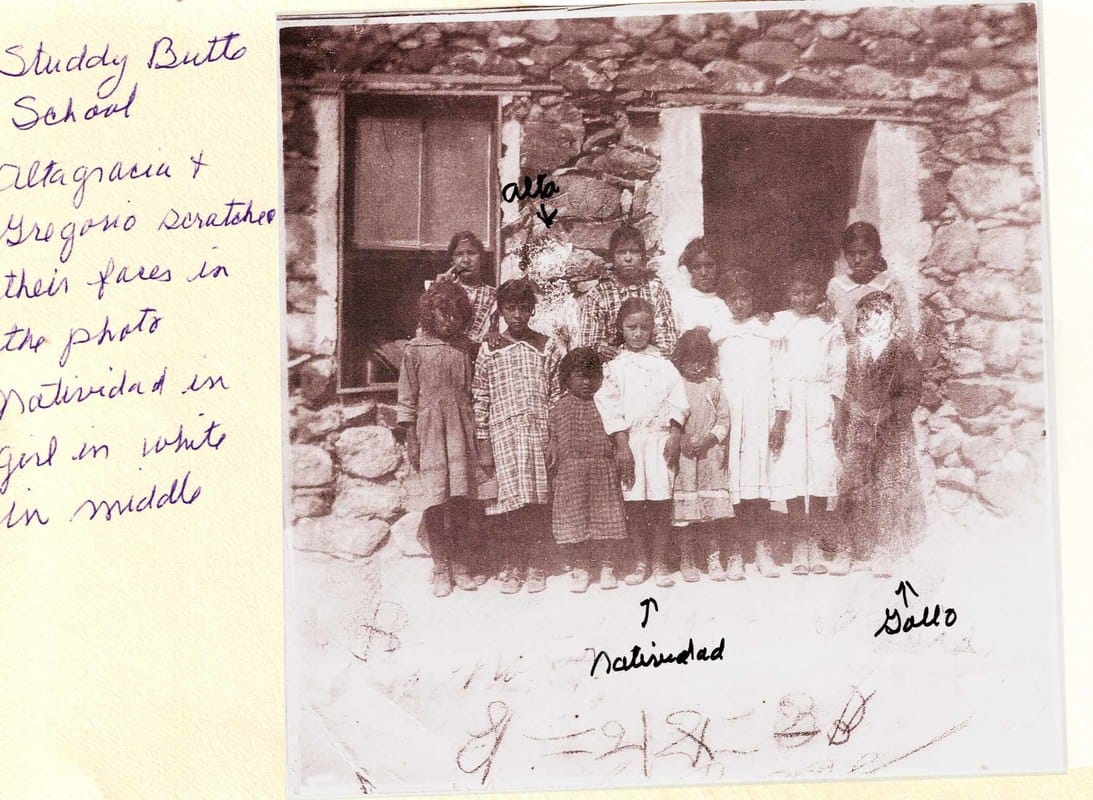 Three of Dolores and Luisa García's children appear in the photo: Altagracia (b. 1907), Natividad (b. 1908) and Gregorio "Gollo" (b. 1910).  Altagracia and Gollo scratched their faces off the photo.  Natividad is the mother of Louisa Franco Madrid who contributed this photo.  This photo may be about 10 years before Miguel was bringing his children to this school, the Study Butte School. Read about Miguel's 1930 car. 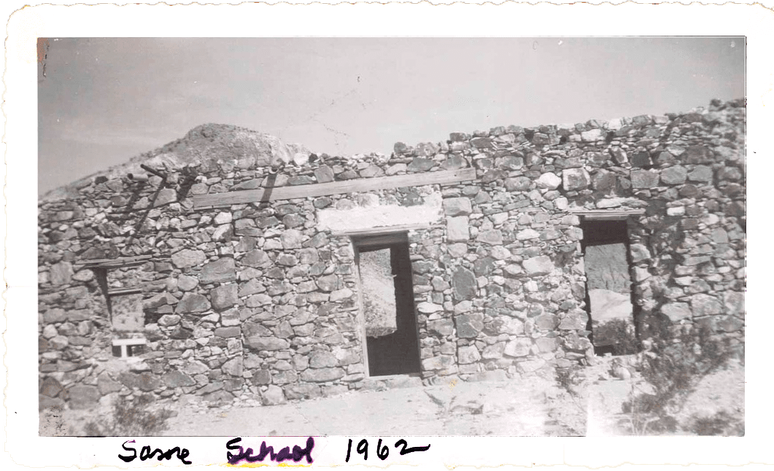 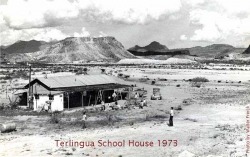 Trent Jones was the Terlingua teacher in the 1970's.  His school was featured in several national publications because it was the last one-room school house in Texas.
To read more about it click here.
Terlingua Area Schools
Note:  We hope to make this a very large section of Familias de Terlingua over time.  Send us what you have on schools in the greater Terlingua area:  the names of shcools, photos, and stories.  In the meantime, see if you can identify people in the pictures above and let us know who they are.
Last updated November 19, 2017