Alfredo Terrazas was born in Marathon, Texas. He moved to Monahans, TX in 1967 to finish high school and returned to Marathon to work for Gage Holland. In December 1968, Alfredo worked in Big Bend, Texas.  He enlisted as a Marine shortly after high school and served in the Vietnam War. Upon returning from the war, Alfredo graduated from Sul Ross University and became a high school teacher in Taylor, Texas until retirement in 2008. He is a proud husband and father of two daughters. Alfredo Terrazas alfredoterrazas@yahoo.com Taylor, TX
You will find Some Familias de Terlingua readers have recommended this book. On page 76 you Walter Fulcher tells the story of Marcelo Dominguez running contraband liquor.  "We saw Marcelo Domínguez, with his pack mules loaded with liquor, headed in the direction of Alpine."
For Info contact Dan Arellano 512-826-7569  darellano@austin.rr.com
Ken Ragsdale pretty much wrote the first book that started us all learning about the old days in the Big Bend Area with the publication of his book "Quicksilver" in 1976.  In 1983 he published his second book "Wings Over the Mexican Border" about military aviation border patrol in the early 20th century.  And in 1998 his third book "Big Bend Country Land of the Unexpected" returned to add to his study of the Big Bend and its people.

For all our admiration we must point out that there are minor errors in his work.  Some errors come from his sources some from his own conclusions.  The fact is that Even an admirable man with a masters in history and a Ph.D. in American Civilization with good intentions of being objective falls prey to viewing Mexican Americans from an Anglo perspective and allows errors to creep in.  These do not appear to be intentional or mean spirited.

For example on page 48 of Quicksilver, he describes the typical dress of the freighters.  He bases his description on an interview with Harris Smith "a Big Bend Miner."  He says they did not wear shoes but wore huaraches -- Spanish for sandals.  But none of the Mexican Americans wore huaraches, they wore shoes.  Some poor newly arrived immigrants from Mexico did wear huaraches.  An interview with any Mexican American who had lived there would have corrected this or close study of the photographs which show them wearing shoes or boots would have corrected this.  But his does not take away from the importance of Ken's work for all of us to understand the old Big Bend days.

Ken died June 17, 2015.  Ken was so instrumental in helping all of us know the old Terlingua that on his death we have added the "Ragsdale" name to the list of families of Terlingua.  This is the second honorary family of Terlingua; the Wirt family was the first.  We have published Ken's biography/obituary here.

We recommend that you read his obituary since Ken was not your ordinary human.  He reinvented himself over and over again to live more than one life.  His many transformations include him being a musician, creator of a Big Band Orchestra, music teacher, airplane pilot, and artist.  He not only opened up the old world of Terlingua to us, but he is an inspiration for each of us to do more in our lives.  Read his obituary and let it inspire you.

These two books were suggested by Dr. MJ Garcia.

Books About Teachers in Terlingua 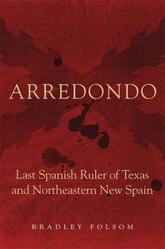 "In this biography of Joaquín de Arredondo, historian Bradley Folsom brings to life one of the most influential and ruthless leaders in North American history. Arredondo (1776–1837), a Bourbon loyalist who governed Texas and the other interior provinces of northeastern New Spain during the Mexican War of Independence, contended with attacks by revolutionaries, U.S. citizens, generals who had served in Napoleon’s army, pirates, and various American Indian groups, all attempting to wrest control of the region. Often resorting to violence to deal with the provinces’ problems, Arredondo was for ten years the most powerful official in northeastern New Spain.

Folsom’s lively account shows the challenges of governing a vast and inhospitable region and provides insight into nineteenth-century military tactics and Spanish viceregal realpolitik. When Arredondo and his army—which included Arredondo’s protégé, future president of Mexico Antonio López de Santa Anna—arrived in Nuevo Santander in 1811, they quickly suppressed a revolutionary upheaval. Arredondo went on to expel an army of revolutionaries and invaders from the United States who had taken over Texas and declared it an independent republic. In the Battle of Medina, the bloodiest battle ever fought in Texas, he crushed the insurgents and followed his victory with a purge that reduced Texas’s population by half. Over the following eight years, Arredondo faced fresh challenges to Spanish sovereignty ranging from Comanche and Apache raids to continued American incursion. In response, Arredondo ignored his superiors and ordered his soldiers to terrorize those who disagreed with him.

Arredondo’s actions had dramatic repercussions in Texas, Mexico, and the United States. His decision to allow Moses Austin to colonize Texas with Americans would culminate in the defeat of Santa Anna in 1836, but not before Santa Anna had made good use of the lessons in brutality he had learned so well from his mentor."
Click here to discuss these or other books.
If you read a book tell us what you thought.
x