Narciso Quistano was born in Sierra Mojada, Coahuila, Mexico.  He emigrated from Sierra Mojada to the United States on December 22, 1916 when he was 18 years and one month old arriving  at Castolón by burro.  Based on that he probably was born in 1898 most likely in November.

By 1836 he had been living in Terlingua where he had been working as a miner.
This is his record with the US immigration. 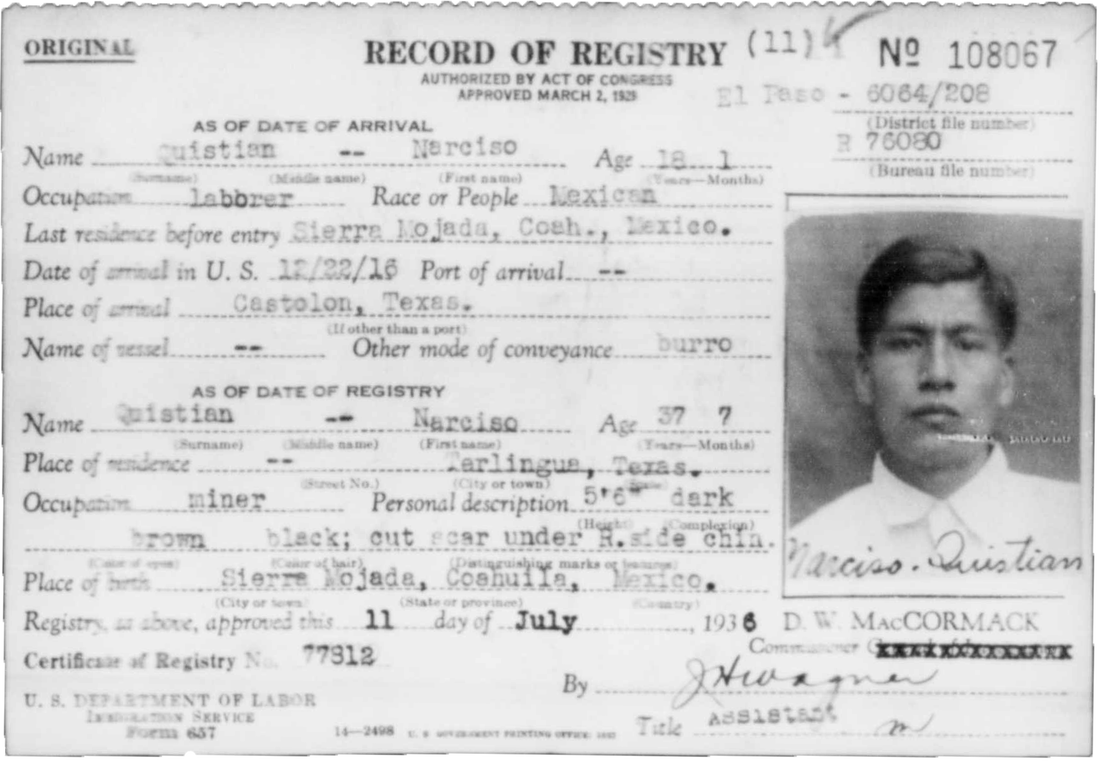 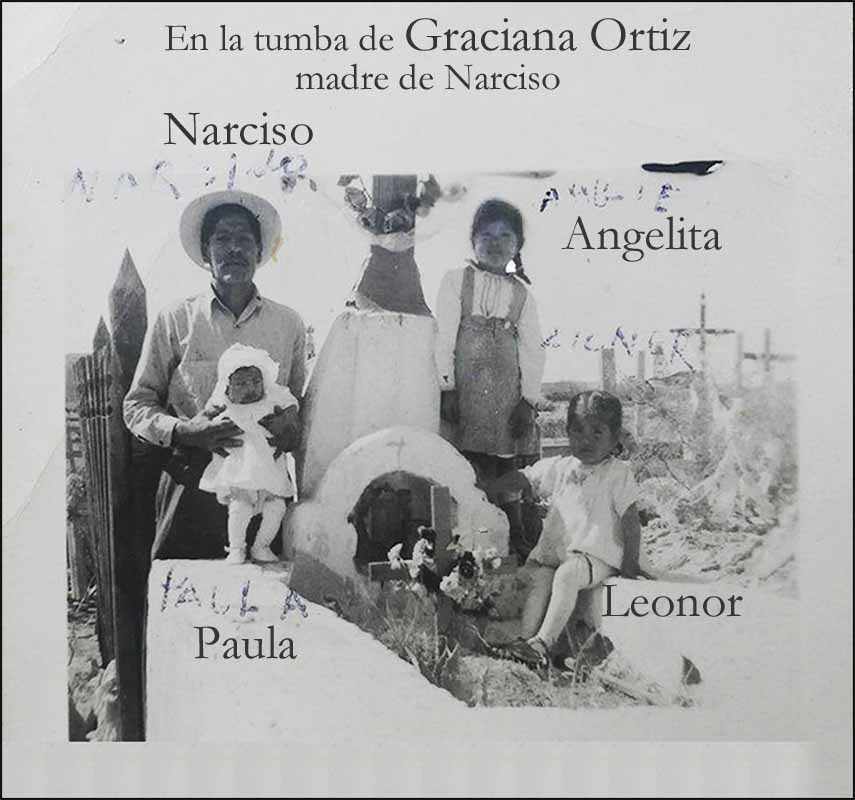 "this is my grandfather Narciso Ortiz Quistiano with his children Angelita, Leonor, and Paula Quistiano at his mother's grave Graciana Ortiz. Narciso’s father Silverio Quistiano is buried next to Graciana.

Narciso was an informant for the cemetery and a worker at the Chisos mines.
He assisted in my uncles' burials and those of his friends the Huertas, Pedro, the Hernandez Brothers, and Porforio." Consuelo Loera
THE HERNANDEZ AND QUISTIANO FAMILIES are planning
a family reunion in JULY 2018
FOR THE DEDICATION OF THE HEADSTONES
FOR THEM AT THE CEMETERY OF ST PETERS.

Research Notes:
On September 20, Antonio Franco found the following death record for someone named Narciso Quistano.  The record says that a police investigation said Narciso drowned in San Pedro, Coahuila on Sept. 13, 1920 so it is not the same Narciso Quistano that is Consuelo Luera's grandfather.  He might be related to this family. More research may discover if he is related to this family.  Here is his death record: 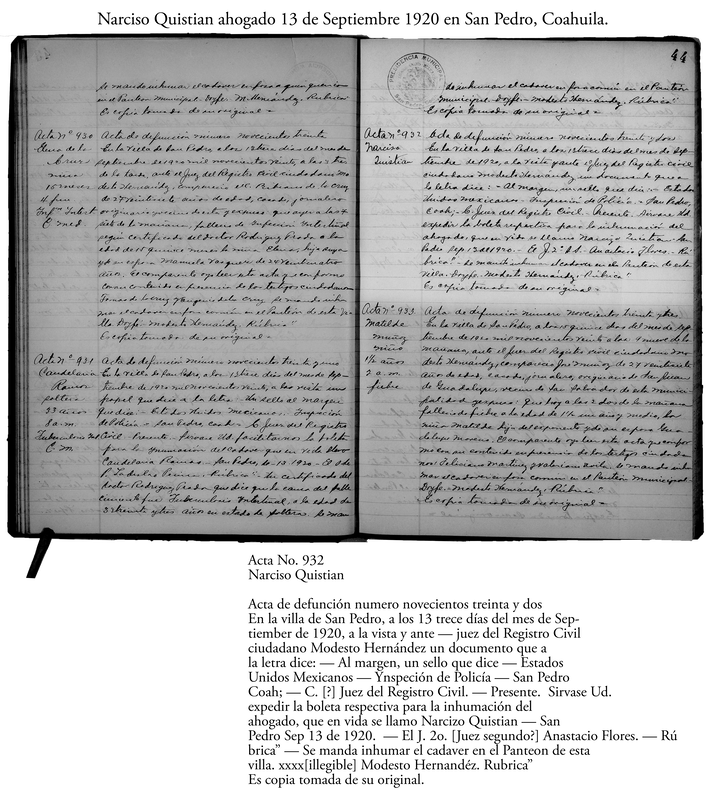