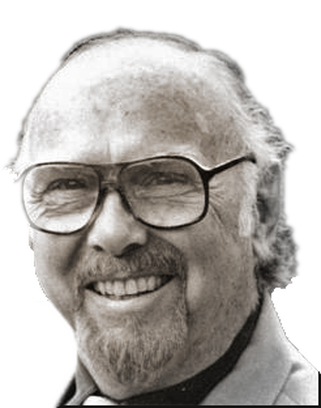 His Books
His first book, "Quicksilver: Terlingua and the Chisos Mining Company," 1976, Texas A&M University Press, was the first major book written about Terlingua and the Big Bend area of Texas and is still considered the primary historical study of the region. He wrote again about the area with his second book "Wings over the Mexican Border: Pioneer Military Aviation in the Big Bend," 1984, University of Texas Press, covering the history of aviation border patrol by the U.S. Air Calvary in the early part of the 20th century. His third book about the area, "Big Bend Country: Land of the Unexpected,” 1998, Texas A&M Press is his final summing up of his personal experiences and a portrait of the larger-than-like characters, like Hallie Stillwell and Lucia Rede Madrid, that gave the region its special character.

Ragsdale also wrote two other books unrelated to the Big Bend. "The Year America Discovered Texas: Centennial '36," 2000, Texas A&M Press, is a history of the Texas Centennial and Exposition that occurred in Dallas in 1936, and later became the site of the State Fair of Texas. For him, this was personal since he attended the Exposition as a young man. Incidentally, there he met one of his musical heroes, Tommy Dorsey, who invited the enthused young Kenneth to attend a performance he and his orchestra were broadcasting over the radio.

With his final book, "Austin, Cleared for Takeoff: Aviators, Businessmen and the Growth of an American City," 2004, University of Texas Press Ragsdale was able to indulge his boyhood fascination for aviation by examining in an historical context how commercial and general aviation contributed to the growth of an American city, Austin, in a model pattern that repeated itself throughout the country.
﻿﻿﻿
His Life﻿﻿﻿
Kenneth Baxter Ragsdale was born in Troup, Texas, the only child of William and Ruth Ragsdale. His father died when he was five and he was raised by his mother, a schoolteacher. As a boy, he discovered a passion for music that was to last his lifetime. Wanting to play an instrument, he made a violin from a cigar box kit. Later, after getting a trumpet, he was able to convince the mailman, an amateur musician, to give him daily trumpet lessons out by the mailbox. Already by this point, he knew music was to be his entree to a more creative life.

As a teen, he contracted osteomyelitis, a bone disease, that landed him in area hospitals for months at a time. For the first time in his life, he was surrounded by doctors and medical professionals, who were highly educated, and who did not share the provincial attitudes of the times. Recognizing that this adversity was an opportunity, Ragsdale viewed his hospitalization as the transformative event of his young life, showing him there was a better way, through education, perseverance and the caring service of people. He was also deeply impacted by the compassionate care of the nurses for lonely and sick teenager. Keith, his daughter, followed in this profession.

That led him to attend Tyler Jr. College in the mid-1930s for two years. (In 2008, Ragsdale was awarded Distinguished Alumnus of the Year from the college.) After finishing at Tyler, he came to the University of Texas at Austin in 1938 to earn a B.A. and Masters in Music. His primary instruments were the English horn and the viola, which he played as a member of the Austin Symphony Orchestra. During this time he discovered a talent for writing when he wrote music reviews for the Daily Texan, the school newspaper, where he was a colleague of Walter Cronkite, among others.

After graduating U.T. he worked as assistant manager of the Capitol Theatre in Austin. It was there he met his future wife, Janet Dittlinger, who was the cashier. Late one night, after closing the theatre, they decided they would get married. After a minister friend failed to show up to open up the doors at his church (and who was later found to still be drinking at the neighborhood bar), the taxi driver then drove Ken and his bride, Janet, to a certain minister he knew of that he insisted would be able to perform the ceremonies. Though well after midnight, they were able to rouse the minister at his home and persuade him to marry them, even while dressed in his house robe. (For many years afterwards, there was humorous speculation as to the legitimacy of the marriage but they were able to resolve this question by renewing their vows in 2003 on the occasion of their 60th anniversary, officiated by their daughter Keith, an ordained minister)

In 1944, to pursue his love of aviation, Ken and Janet moved to Dallas where he worked in route development for Braniff Airlines, However, after a few years and unsatisfied with the prospects offered in the airline business, plus a renewed interest in music, they returned to Austin where he began working for the Austin Independent School District (AISD) in the music education department. While there, Ragsdale created a music program for elementary school students to introduce them to music and musical instruments. This took him city-wide, as the sole band director, to every elementary school in Austin, including predominantly African-American schools where Ragsdale was often the only white teacher on staff.

Also at this time, he formed his own Big Band, the Ken Ragsdale Orchestra. As the leader, he played the baritone saxophone and clarinet. He also did a short stint in the late '50s as assistant orchestra director at Austin High School. Ragsdale was hired as full-time band director for University Jr. High School, located on the U.T. Campus. Later, he was hired to lead the Pearce Jr. High band, winning numerous band awards and producing accomplished music students. He taught there until 1964 when he retired from teaching.

That year, his insatiable curiosity led him back to UT for yet another advanced degree. Texas history had always been overriding passion of his ever since he read "Coronado's Children" by J. Frank Dobie as a teenager. With the support of his wife, Ragsdale went to the History Department at U.T. to apply for the doctorate's program. However, being the ripe old age of 48, he was rejected due to the fact he was "too old". Hearing this, the Pulitzer-prize winning historian and director of the newly-formed American Civilization department, William Goetzmann, personally invited Ragsdale to pursue a doctorate in his new department instead. It was here Ragsdale discovered the story of Terlingua and the larger Big Bend area. Sensing this to be a field ripe for study, he decided that it should become the subject of his dissertation and first book. While working towards the degree, he also began working part-time as a field director at the Texas State Historical Association located on campus in Battle Hall. In this capacity, he was instrumental in creating a railroad-car museum commemorating the Chisolm Trail that traveled all over the U.S. and abroad. It was also there on August 1st, 1966, while speaking to a colleague in the hallway before going out to lunch that he heard the first shots of gunfire from Charles Whitman, high up on the U.T. tower next door.

After receiving his doctorate degree in 1976, Ragsdale continued to work for the TSHA for another ten years before retiring to pursue research and writing, made possible by the business acumen shown by his wife, Janet, who was able to sustain and prosper the family financially through wise real estate investments. Their relationship was, in many ways, a prototype of a new alternative style of the contemporary family: he being the stay-at-home husband and dad, free to continue writing while Janet was out in the world as successful breadwinner, a situation both he and Janet whole-heartedly endorsed.

Yet, though he continued to write books, his first love of music never waned. Already into his 70s, he revived the Ken Ragsdale Orchestra, where they still continue to play to this day.

In 1993, for his 76th birthday, he received a single flying lesson from his family as a gift, allowing him to get 'behind the yoke' for the first time in his life. Hooked, he decided to pursue a flying license, unheard for someone his age. When he finally earned his 'ticket' at the age of 80, he was one of only a handful of pilots in aviation history to have earned a pilot's license at that age.

After turning 90, he decided to take up art lessons again, specifically drawing. However, this was not the first time he tried his hand in the visual arts. In the 1950s, he had a darkroom installed in his house so he could develop photographs taken with his beloved Rolleiflex medium-format camera.

As recently as March of this year, he and his wife were able to work out in a gym twice-weekly with Rusty Gregory, their personal trainer. Ragsdale strongly felt this was the reason for his longevity and for the quality of life he was able to sustain until the very end. There is even an article published in May, 2013 in the Fit Folks section of the Austin American-Statesman about Ken and Janet's inspiring story.

From the time as a young boy with his favorite cat, Napoleon, to the present day with Kitty Winston and puppy dog Dolly and innumerable pets in between, both he and Janet (one of the original founders of the Austin Humane Society) were life-long animal lovers. The Ragsdale household was always populated by four-legged creatures: many small, all great.

Because of Janet's wise investments, both Ken and his wife were able to stay in their home with the help and assistance of their many beloved caregivers, particularly Tiffany Livingston, Lois Miles (Ken's favorite!), Shelly Goodman, and Nikki Offutt in addition to the daily personal assistance provided by Salvador Martinez and sister Juanita Martinez.

He was the most incredibly loving husband, father and friend that anyone could possibly have. He is deeply missed.

Ragsdale is survived by his wife of 72 years, Janet Dittlinger Ragsdale, 90, his daughter, Keith Ellen Ragsdale (nursing administrator and teacher), 65 and his son, Jeffrey Ragsdale (artist and musician), 61.

Another worthy cause is the AISD scholarship for the purchase of musical instruments and advancement of music studies for under-privileged students at the middle and high school level.

Contact Jeff Ragsdale at beecave@grandecom.net and/or 512-302-5834 if you have any questions.