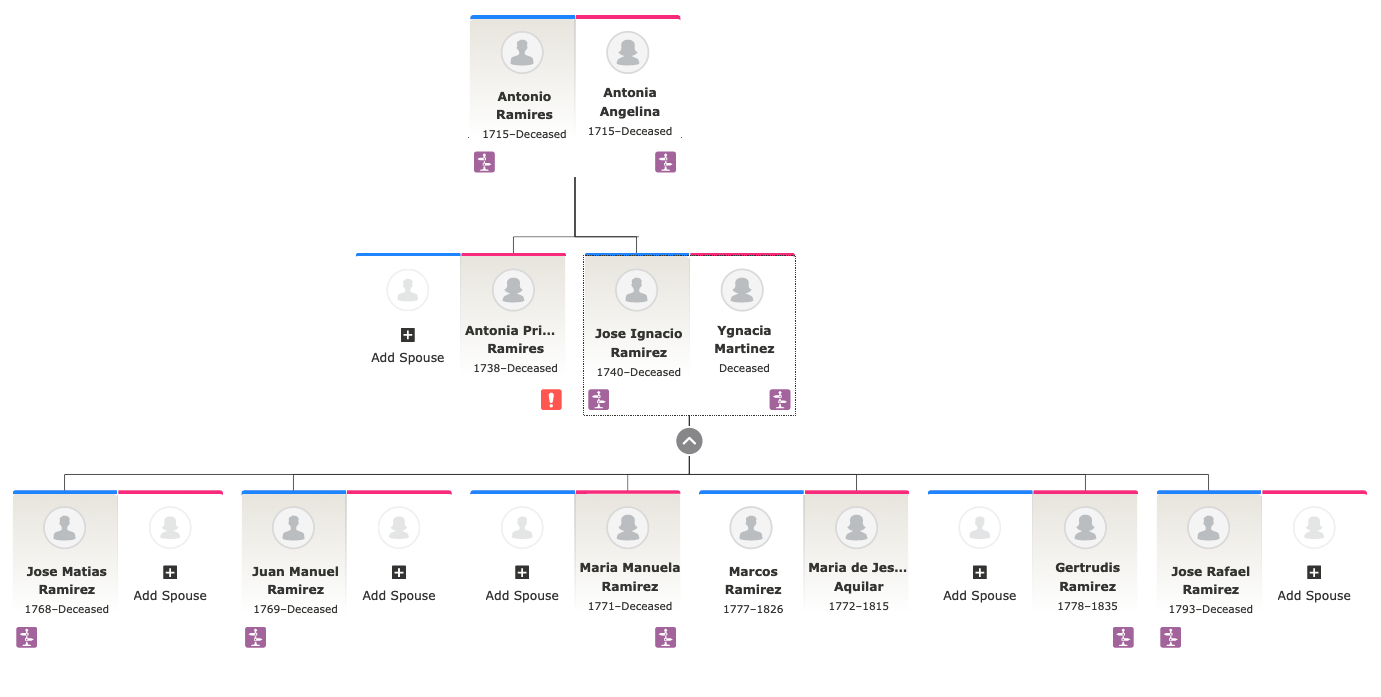 Mexico claimed this area when it became an independent nation on Sept 21, 1821 though they started their war for independence on16 Sept 1810.

Research from Life Before the Ruins

The Marcos Ramírez Family
A Documented Research Report by Bob Wirt and Louisa Madrid
Version 1, March 27, 2010
[note:  There is version 5 from July 28, 2011 of this report found on Life Before the Ruins]
Click on the icon above or here to see the Marcos Ramirez family history document.
Research from Manuel Sánchez Baeza
Manuel Sánchez Baeza researched the descendants of Patricio Dominguez.
Click here to download a PDF of Manuel's family tree starting with Patricio Dominguez
Research from FamilySearch
Click on the image of Marcos Ramírez' family tree to see it on a page by itself; then use the magnifying glass icon with a "+" in it to enlarge it yet more. Or go to this tree in the FamilySearch website.  The names with a circle and an arrow pointing will show the connected records.  If you have information to connect more names use the FamilySearch functions to add them to their tree.  There is no fee for the use of the FamilySearch site and database though there are some additional research databases that only Mormon Church members can access.

The information on this page is published by agreement with the authors Bob Wirt and Louisa Madrid and originally published in the Web site Life Before the Ruins.  On March 1, 2018 Antonio Franco updated this page with information from the FamilySearch database.