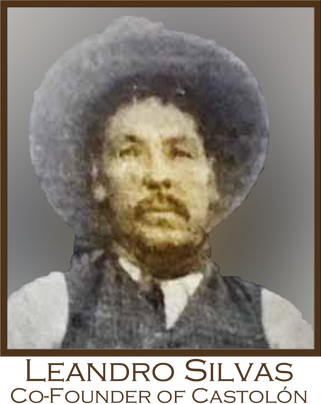 Leandro Silvas married María DeAnda
on September 5th, 1892
Their Children:
Both Leandro's and María's families immigrated from Mexico in 1876  He was probably 6 years old and she might have been 7 or 8 years old. Note that Bob Wirt has María's birth year 1872 but their marriage record shows her birth year as 1868 and the 1920 US Census estimates her birth year as 1871.

For those doing genealogical research note that in that record Leandro's last name does not end in an "s" and María's last name is spelled "de Anda."  The 1920 US Census wrote down the family name "Sylvas."  So searching by  variations in spelling may give you more results.

Leandro was born in Camargo, and both families immigrated the same year so it is likely that they knew each other.  Perhaps they came from Camargo together.
The information and images on this family were provided by Bob Wirt, Joseph Silvas, Oscar Hinojos.  Sources: 1920 US Census page 1 and page 2, transcription of 1920 Census, and Family Search.org  For more on the family story go to Bob Wirt's research on this family at Life Before the Ruins.
This page was last updated May 29, 2016