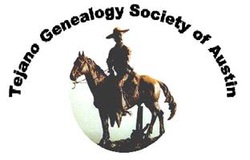 The Tejano Thermopylae of Texas

A call for Volunteer Actors and Reenactors

On November 5th, 2011 on the school grounds of the South Side Independent School District 1460 Martinez-Losoya Road in Losoya Texas Dr Juan Jasso, Superintendent of Schools and the Tejano Genealogy Society of Austin invite you to attend this free event. Battle of Medina Film Productions will be filming the reenactment of the Battle of Medina and is seeking volunteers for the reenactment of the biggest and bloodiest battle ever fought on Texas soil.

Recently the State Board of Education approved the addition of the Battle of Medina to the curriculum to be taught in Texas schools and since this school sits on the possible battle site it is appropriate that it be filmed where it occurred ; 23 Years before the Alamo our Tejano ancestors stood and fought to the last man at the Battle of Medina.

Actors and reenactors should wear appropriate attire. Tejano’s to wear 1800 Tejano attire, not Texan. Anglo volunteers to wear colonial period attire or frontier dress eg buckskin: Native Americans to wear buckskin or appropriate Native American attire. Spanish and Mexican soldiers are also needed in 1800 military attire with muskets if possible.  There will be cannons, muskets, swords and all kinds of early military hardware.

Please go to my Facebook page for examples of appropriate attire.

This page was created based on the announcements supplied to Familias de Terlingua by Dr. MJ García.