Juan Urquieta
Vicente Martínez Urquieta died a horrible death six days before Christmas in 1966 bleeding to death from a severe cut to his right arm he received about 20 minutes to one o'clock in the morning.  His arm went through a glass door and he cut his artery.  He died in 15 minutes.  This may have been a work related accident since he was a construction worker.  The death record mentions that he had lived in Odessa for 17 years so he (the family?) moved to Odessa in 1949. Vicente's wife Mary Helen reported the death. 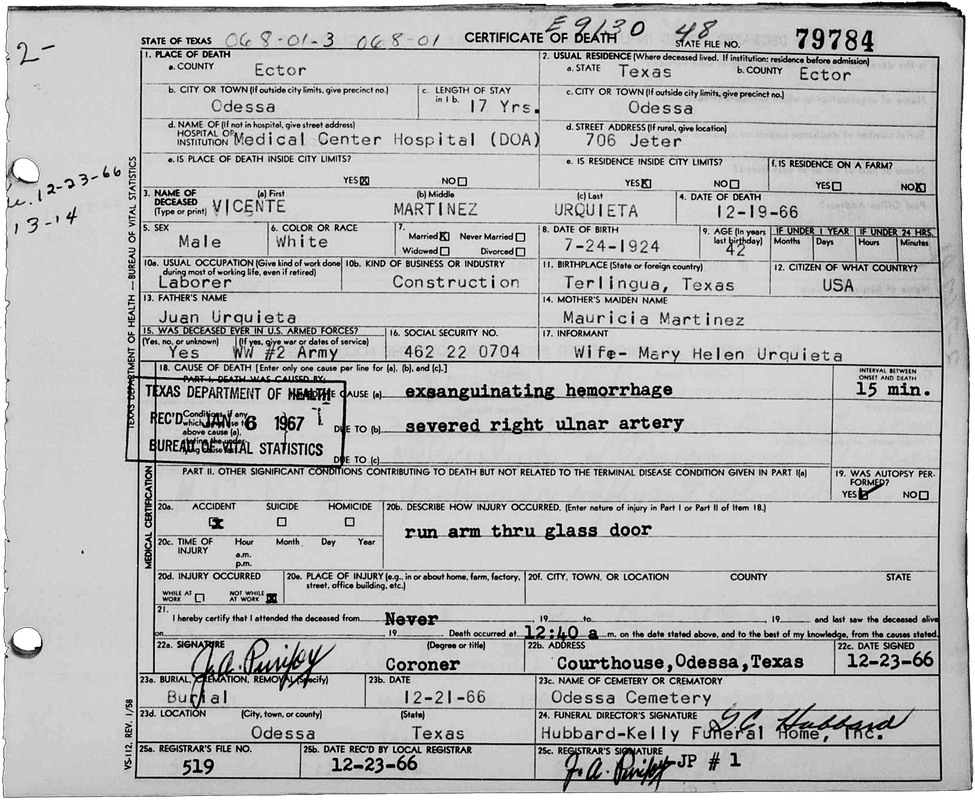