(3) Johnnie Heredia born in Crane March 27, 1958. In July he and his wife Virginia were living in Phoenix, Arizona.

Elida P Williams "Grandpa Carmen G Rey was born in Terlingua in 1901, he had compadres named Chavarria who later moved to
Imperial Tx and lived on our block. Mary Chavarria Gomez now lives in Mansfield Tx."

8. Hilario Chavarría lived in Imperial in February 1946. He was deceased by July 23, 2004.
We don't have information on dates of birth or death.

9. unnamed son GM8H-G5S born October 11, 1941 in Buena Vista.
He died a few minutes after birth and is buried in Buena Vista Cemetery.
Their Story:
Domingo lived in Imperial for twelve years where he was a farmer.  Six days before his 47th birthday on January 24, 1946, Domingo went to see doctor Gipson at the Gipson Hospital in Fort Stockton with a cut on his hand that had gotten infected.  It turned out he had lockjaw and Dr. Gipson treated him for 4 weeks.  Then on February 1, 1946 at 5:25 in the morning he died from complications of Tetnus.  Domingo died only two days after his 47th birthday.  His son, Hilario from Imperial, reported his death.  Luis Barrón was responsible for his burial in Fort Stockton. 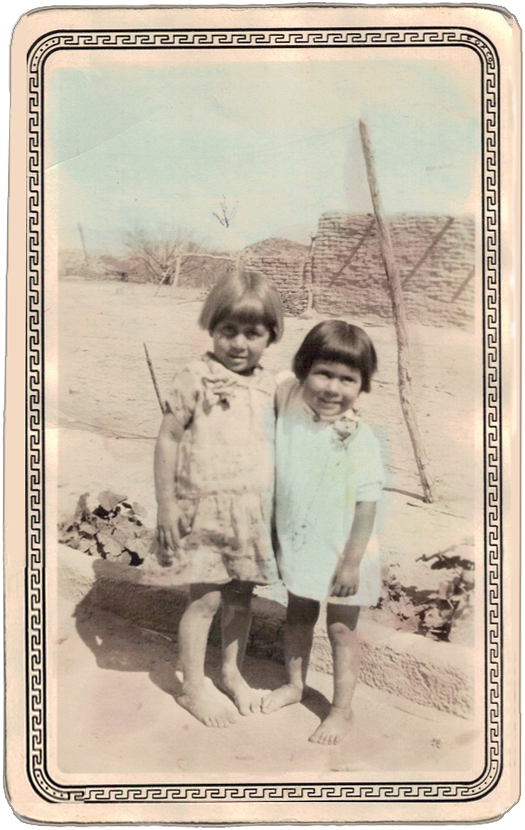 Genoveva Ramírez and Simona Chavarría in La Coyota, 1929
1930 Census La Coyota
Research on Domingo Chavarria and his family
On-going research
Elida P Williams The first child should be Juliana Chavarria she passed in Crane Tx. Simona passed in Kermit Tx & Dominga passed in Crane Tx (she married my uncle Antonio Primera, my dad’s brother). I’ll ck with grandson Mingo to see if tia Agripina was a Gonzales. Or I’ll ck with Mary Chavarria Gomez
---
Elida P Williams Mary should be the name born in 1941 I think. Maria. She’s the only survivor of all their children now.
---
Elida P Williams I asked my mom and she confirmed that Gonzales was tia Agripina’s maiden name.
---
From: Elida <elidarey44@yahoo.com> 03/17/2020 (10 hours ago) To: tonysfranco@protonmail.com
Hello Tony I found Juliana was born January 26, 1936 and passed on July 23, 2004. She was married to Ismael Vijil Heredia. Juliana was born between Dominga & Maria. I don’t know who Jilino was. I only knew all the girls and Hilario (Lalo). I was 15 months old when Domingo Chavarria died in Ft Stockton. I was sleeping and woke up to the loud cries of the women dressed in black. Mom had to “curarme de susto”!!! I’ve dreamt of that long ago."  Elida P Williams
---
Elida P Williams Pina died in Odessa Tx on April 13, 2008. I got info from her niece Vicky in Odessa.
---

Obituaries of interest to be researched:

The information and images for this page came from Luisa Franco Madrid, Genoveva Ramirez Rodriguez (yes, the one in the 1929 photo above) and FamilySearch.com https://www.familysearch.org/tree/person/details/GM8H-216 www.familysearch.org/tree/person/details/GM8H-216
This page updated 3/21/2019.
This page was last updated March 17, 2020.