4. Aucencio B. “Chencho” Gamboa married Guadalupe  Molinar Piña
"He died May 19, 1973 of a gunshot wound to the chest.  He and his uncle Pilar Dominguez were killed
playing cards in the El Rancho Grande Bar, about ¼ mile south of Fort Stockton.
Chencho’s older brother Pablo avenged the death by killing the assailant a few days later." from Bob Wirt in Life Before the Ruins.
Chencho and Guadalupe had four children:
a.  Aucencio “Chencho” Gamboa Jr. He passed away June 20, 1999.
b.  Delma Gamboa married Victor Castaneda.
c.  Alma Gamboa was living in Midland in 2010. He married name is Almunia.
d.  Son Mondie Gamboa married Karrie Sue Gamboa.

5. Timotea Gamboa was living in Lake Jackson, Texas in 2009. Her married name is Contreras.

6. Santiaga Gamboa was living in Houston, Texas in 2009. Her married name is Benavides.

7. Apolonia Gamboa was living in Freeport, Texas in 2009. 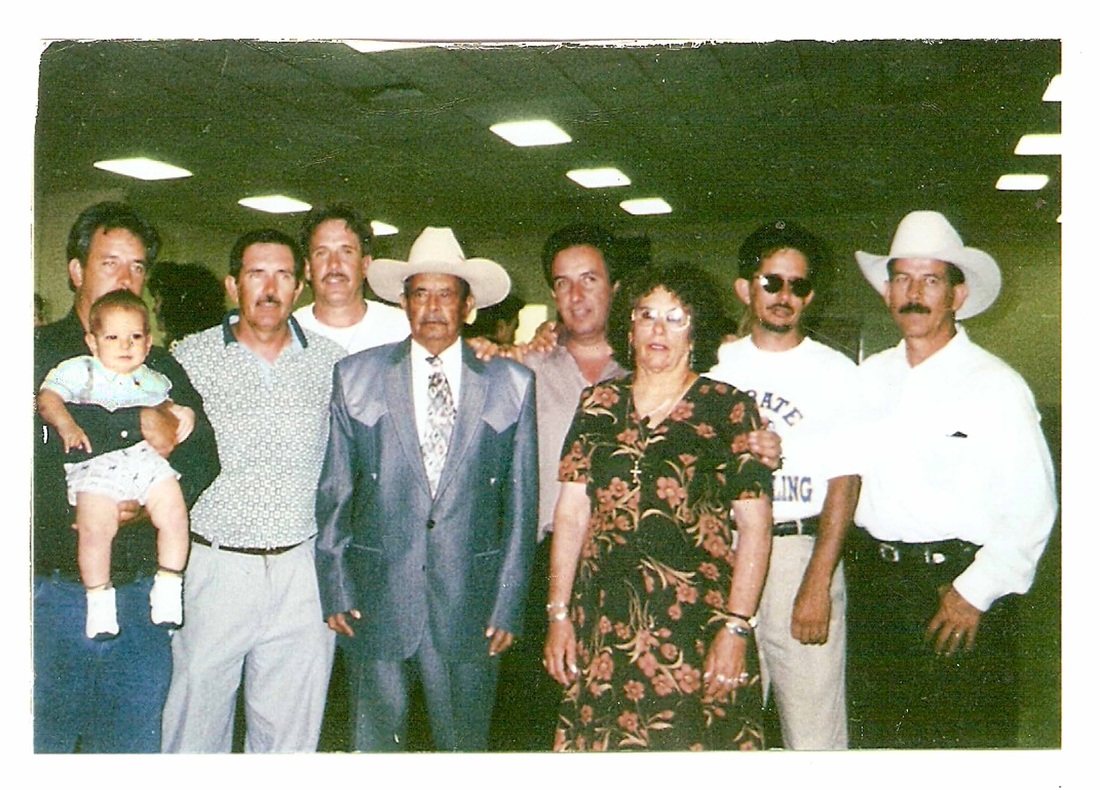 
Research Notes:
On Tue, Dec 22, 2020 at 2:59 PM, delma castaneda  wrote:
I am the daughter of Ausencio "Chencho" Gamboa.  (Son of Dionicio Gamboa & Isidra Bustamante)  I just wanted to make some corrections and additions. I understand you may be overwhelmed by corrections.  Don't worry about rushing it.  I just thought you should have the correct information.