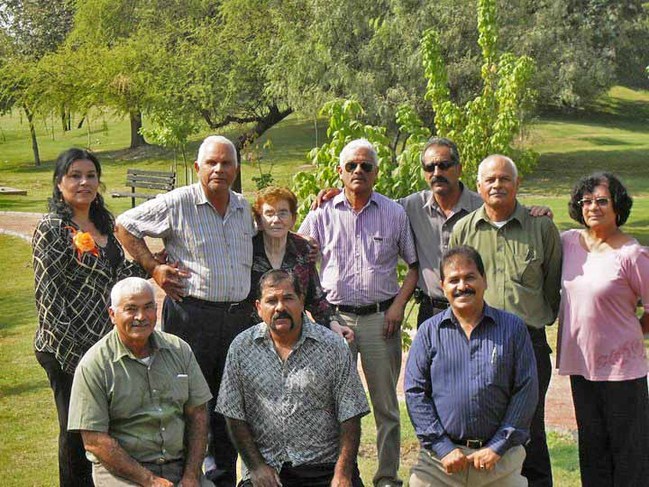 The 1930 Census shows that on April 12, 1930 Macario, then 20 years old, was a boarder with Charles Gideon Burnam in a house Charles rented.  Charles Gideon Burnam was the father of Evelyn Fulcher.  At the time Charles was 52 years old and was managing a ranch.  It might be that Macario was working at that ranch since the census shows him employed as a ranch laborer.

"According to newspaper reports, Macario Jr. was accused of fatally shooting Constable Felix Valenzuela in Terlingua on 19 June 1938.  After the shooting, he allegedly fled into Mexico, changed his name, and was never apprehended.  He was deceased by 1 April 2004." Bob Wirt
Research Notes:

On Monday, 09 Aug 2010 19:17:57  Virginia Benavidez posted on the discussion page "Discuss Any Family" that she belonged to the Hinojos Family.  She gave us information on her mother, Petra Acosta Benavidez, her  grandmother,  Isabel Hinojos Acosta, and connecting her to the family of Macario Hinojos, Sr. and his wife, Severiana Alvarado.  This was during the time we had taken time off after a year of intense work on this site.  We are just now updating the site on a part-time basis, but we are happy to add those pages for her family.

Interestingly, on Tue, 16 Nov 2010 22:43:58 Selma posted "Hello: Macario Hinojos was my grandfather, on "Discuss Any Topic You Want."  She was looking to see more about his life in Lajitas, Texas.

Interestingly, it turns out that Selma's grandfather, Macario Hinojos Jr. was the older brother of  Virginia Benavidez grandmother, Isabel Hinojos Acosta.  We also contacted Virginia and invited her to share information, photos, and memories with us all.  We have added pages for the Hinojos family; and expect to update it with any information, memories, and photos that we expect they will share with us all.
The information on this page provided by Bob Wirt in his Documented Research Report on the Hinojos Family on Bob's website Life Before the Ruins and by Virginia Benavides in Discuss Any Family, and by Selma in "Discuss Any Topic."
On August 28, 2021 Antonio S Franco updated this page with information from the 1930 US Census showing Macario living as a boarder working on a ranch with C. G. Burnam.