Julio Luján
Is Julio Márquez Luján a brother of Teófilo Luján?
Julio Márquez Luján married Fernanda Chavarría
02 May 1904 in Brewster County
Their children:
Fernanda's nickname was None which is pronounced as NOH-neh.  She was the last of her siblings born in Fort Stockton.  After her birth the family moved to La Coyota where the next twelve children (including Valentina below) were born.
Luján Family Album
click on the album photos to enlarge them. 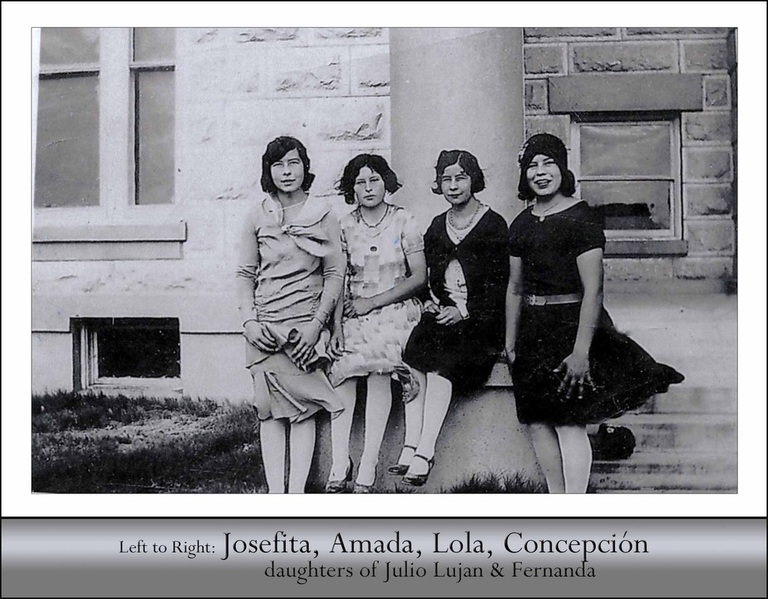 based on their birth years and their dress styles this photo may have been taken around 1926 or so.
Click on the photos to enlarge them. 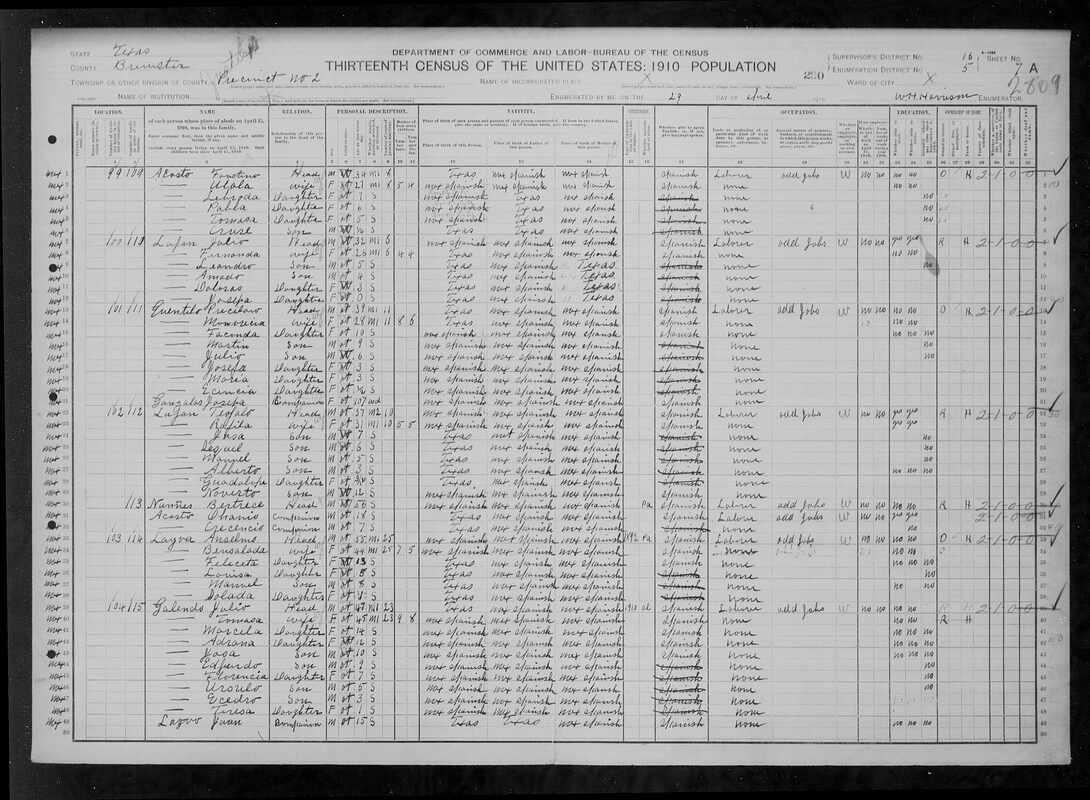 click to enlarge
On April 29, 1910 when Josefa was one month and ten days old they were enumerated in the 1910 US Census Pecos County Precinct 2 Fort Stockton. Notice that Faustino Acosta, was their next door neighbor on one side and Teófilo Luján was two doors down on the other side.  By april 14, 1930, twenty years later, Julian and his family (now including Concepción "Concha") were living in Fort Stockton.
The information on this page was provided by Jane Licthenberger and the Vasquez family.
Photos provided by Louisa Madrid and Ramón Vásquez.