Return to Events Page
A Historical Novel Outline
of
Two Fort Stockton 1870’s Pioneer Families
by Juan-Paz Peña
Editor's note: This article will have more editing done to link to family pages and add photographs.  But we publish it as is to make the information available more rapidly.   We will also be adding several family pages from the great information in this document in days to come.
Introduction:

During June 25-27, 2010, the Peña-Cano- Durán-Lugo (PCDL) descendants will celebrate their 3rd Biennial Reunion in San Jose, California.   The PCDL descendants number in the tens of hundreds and are located throughout the USA and many foreign countries.

Like Reunions 2006 and 2008, the PCDL families will again recognize the family patriarchs and matriarchs:  Martín Peña /Manuela Prieto and Macedonio Lugo/Francisca Cano-Durán, respectively.

A preliminary, family, genealogy research of these two pioneer families and their descendants, based on documented research and family lore, is as follows:

A.        The Martín Peña and Manuel Prieto Families

Currently, the history of Martín Peña and Manuela Prieto is being documented and researched by various family researchers that include Imelda Gallego García, Virginia Zepeda, et. al.

1.  Juan Peña, age 28, married Mauricia Cano-Durán-Lugo, age 17, on May 7, 1988.
This marriage united the Peña-Cano-Durán-Lugo families.
They had ten children as follows:

After being widowed,Macario married his second wife Francisca  Galindo
and they had three children:
Dorotea (Dora),
Maria Lourdes (May Lou) and
Raquel Anita (Rachel). 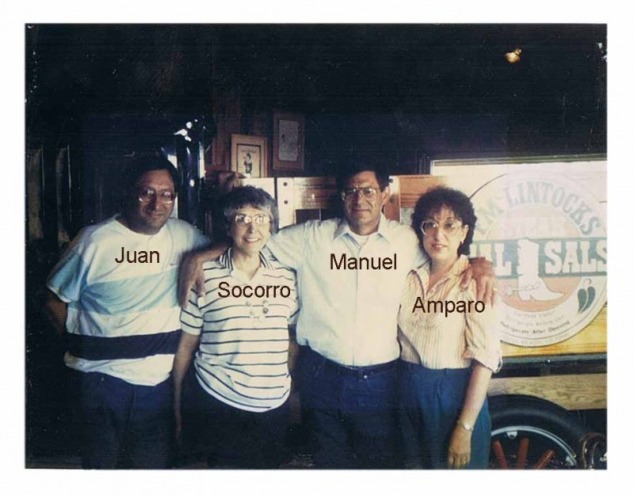 e.  Bonefacio (Bone) Peña, born 1900,
was accidently killed while serving in the US Army in Fort Bliss, Texas, prior to WW II.

i.   Rosa Peña, born 1909, did not marry.  Another intelligent family descendant!

2. Martín Peña, Jr., was a Catholic priest in Chihuahua, Mexico.

3. Luis Peña, born 1868 and he immigrated in 1869, married Maria Chavez and they had six children.  After being widowed he married a second time and had eight children.  (http://barstow.xaper.com)

B.  The Macedonio Lugo and Francisca Cano-Durán-Lugo Families:

At the present time, the history of Macedonio Lugo and Francisca Cano-Durán is being documented and researched by various family researchers that includes Imelda Gallego García, et. al.

Francisca had two brothers:  Juan José Cano, who married Librada Rodríguez and Preciliano Cano, who married Supapan Jimenez.  Francisca’s first marriage, circa 1868, was to Nicanor Durán and after this marriage ended she evenually married Macedonio Lugo.

Francisca, at age 21, and Nicanor had one son, Pilar, who was born in 1869.  Pilar Durán married Albina Aguilar and they had ten children.  In Fort Stockton, Pilar had a reputation for being a successful entrepreneur.

From her marriage with Macedonio Lugo, Francisca had two sons and three daughters.  The sons, Candelario and Gerónimo, used their mother’s maiden name, Cano, as their surname instead of their father’s surname, Lugo.

The children of Macedonio Lugo and Francisca Cano-Durán were as follows:

The children of Macedonio Lugo and Francisca Cano-Durán married and had their families as follows: