The following children were born in Terlingua: 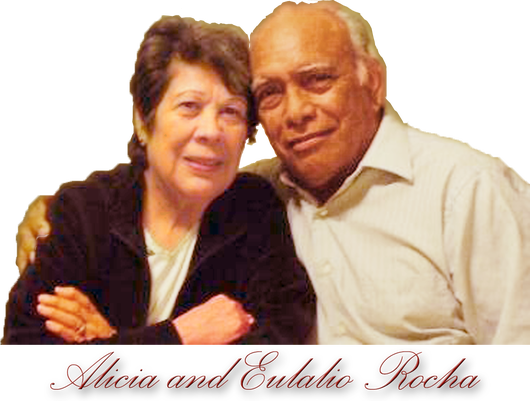 Nieves performed construction work and was a musician.  His sons followed in his footsteps and also became musicians.  In 1895 they immigrated into the United States and lived for about 18 years in Terlingua where Nicanora, Pitano, Catarina, and Antonia were born.  Their family servant Juán López was born in 1864.

On October 30, 2012 Eulalio Rocha sent a comment form to Familias de Terlingua with information on the Rocha family in which he informed us that some time After Antonia was born in 1909 -- probably close to 1918 -- the family moved from Terlingua to Marathon.
Two of their children were buried in Terlingua area cemeteries.  The family requests your help in looking for the burial plots of Pitano Rocha and Catarina Rocha.
The Rocha Band 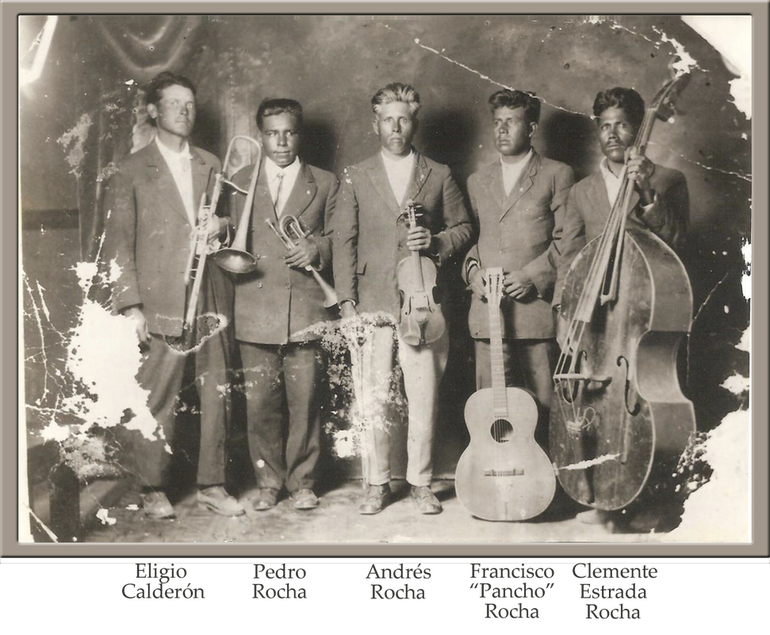 Research Notes and work to be done:
Oct 30, 2012  Name: eulalio contreras rocha
Comment
my grandfather's name was NIEVES ROCHA. my grandmother name was Virginia Estrada. In the census of 1900 he was listed as Inbis Rocha. she was listed as Berajunia Rocha. with an address of Terlingua Texas.He was employed. their last 5 children were born in Terlingua. Texas In the census of 1900. seven children listed and one servant.The family moved to Marathon, Texas about 1910, and then on to Carlsbad, New Mexico,  then on to California. We always remember and celebrate our, with our families. we married with families Contreras. We just celebrated our 21st reunion,with over 300 in attendence It was a wonderful celebration.Terlingua Texas and Mexico are always remembered
Census Year 1900

The information on this page was provided by:
Eulalio and Alicia Rocha, Ron and Jane Payne, and Louisa Franco Madrid.This page was created on February 2, 2014.
This page was last updated December 12, 2014.
Go to the Rocha Family Discussion