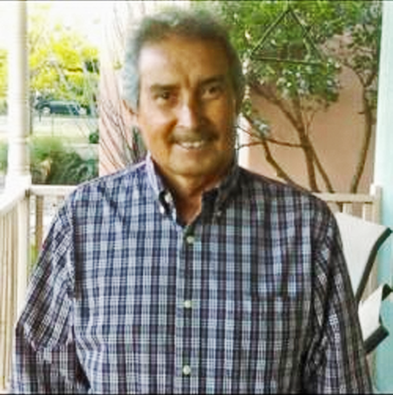 Ramon was born to Ramon M. and Maria Valenzuela Luján on December 16, 1951. He was a lifelong resident of Alpine. He graduated from Alpine High School in 1971. He was a stand out in football and track. Upon graduation, he found his passion in cars and became an auto mechanic for forty plus years. He held several positions at auto dealerships here in Alpine, worked for Sul Ross State University, and with the City of Alpine where he retired in 2013.

He was preceded in death by his wife Sylvia Hernandez, parents Ramon and Maria Lujan, brother Frank Bustamante, and nephew Frankie Cobos.
Visitation will be held on January 26, 2019 at Our Lady of Peace Catholic Church in Alpine, Texas.
Rosary will be held at 9:30 AM with a mass to be recited  10:00 AM.   Burial to follow at Holy Angels Cemetery.
In lieu of flowers, the family is asking to make a donation in his memory to the American Cancer Society
or Our Lady of Peace Knights of Columbus Council 5096.
Research Notes: The first week of February 2022, I received three boxes with photos and papers that were in Chele's house when it was cleaned out.  I had asked to sell or give away everything except photos and papers that might have family history.  I have quickly gone through one of the boxes and found several dovuments for Maria Lujan including here wedding certificate and some documents pertaining to the property where she moved her house next to 'Uelas's house.  I will add those later as I don't have time right now.
This page was created April 29, 2019 by Antonio S. Franco from family sources including Lorrie Cobos.
This page was last updated February 7, 2022 with the start of the Research Notes section to the page.