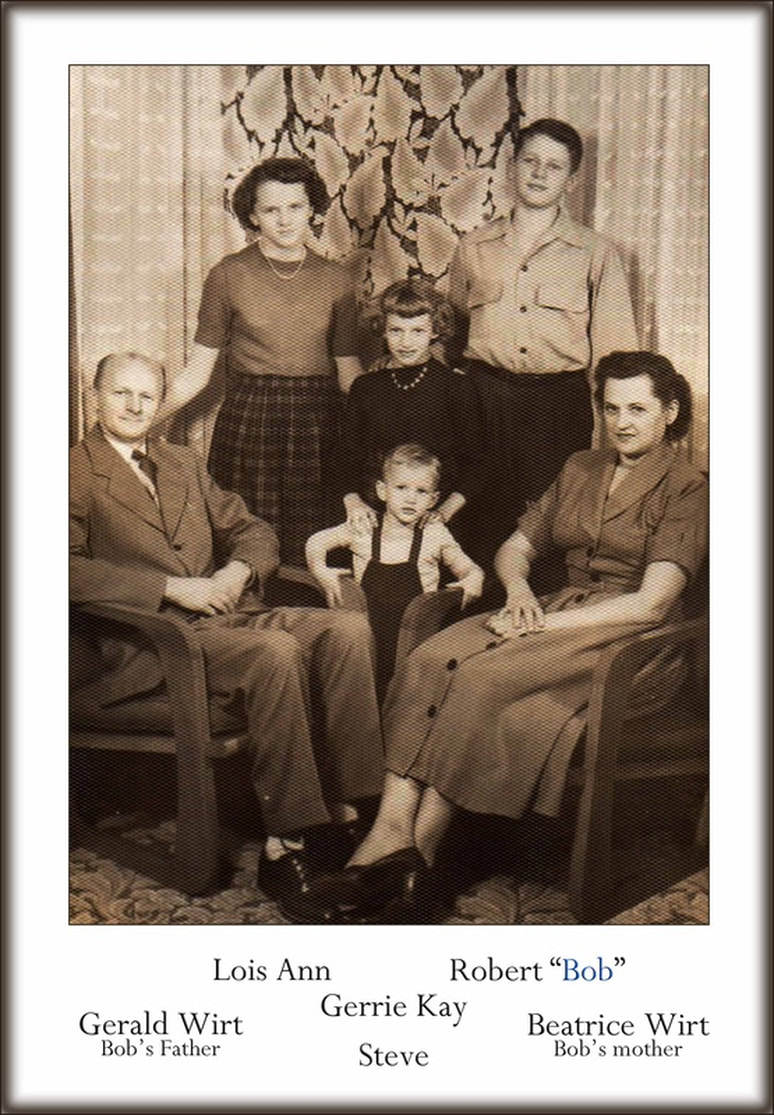 On April 11, 1940 Gerald was 22 years old and living in Juniata County Pennsylvania on Rural Route 34049 where he was working as a farm hand.  In 1939 he had earned  $800 and his wife Beatrice had earned $60 working as a seamstress at a garment company in Port Royal which was probably no more than three miles away since from Miffletown to Port Royal it is only 3.5 miles. Five months earlier Bob had been born in Miffletown, Pennsylvania.

Gerald's older brother Bernal E. Wirt was 24 years old and lived next door them. Bernal lived with his wife 25 year old Ruth E. Wirt and their 1 year old daughter Sandra K. Wirt.  Sandra must be less than a year older than her first cousin Bob Wirt.

Both Bernal Wirt and his brother Gerald Wirt each pay $5.00 per month for rent on their homes.  Bernal was a carpenter and had earned $1,080.00 in 1939.
1940 Census
The information and photo on this page were provided by Scarlett Wirt.
Additional information from FamilySearch by Antonio S. Franco.