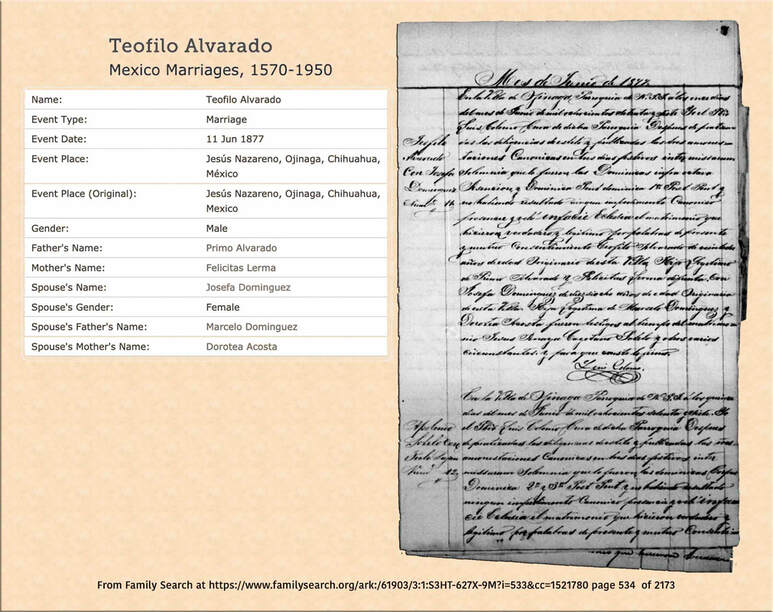 The following four photos show Carolina Campos in four stages of her life - very young, in her prime, middle aged, and later years. 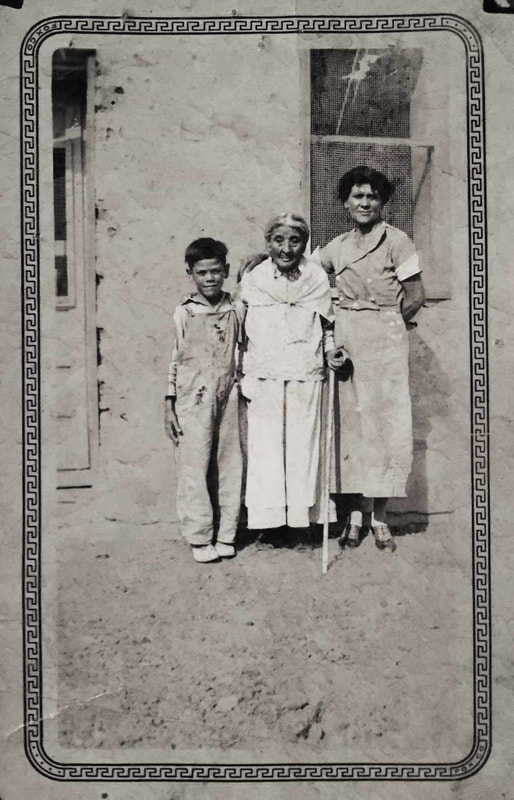 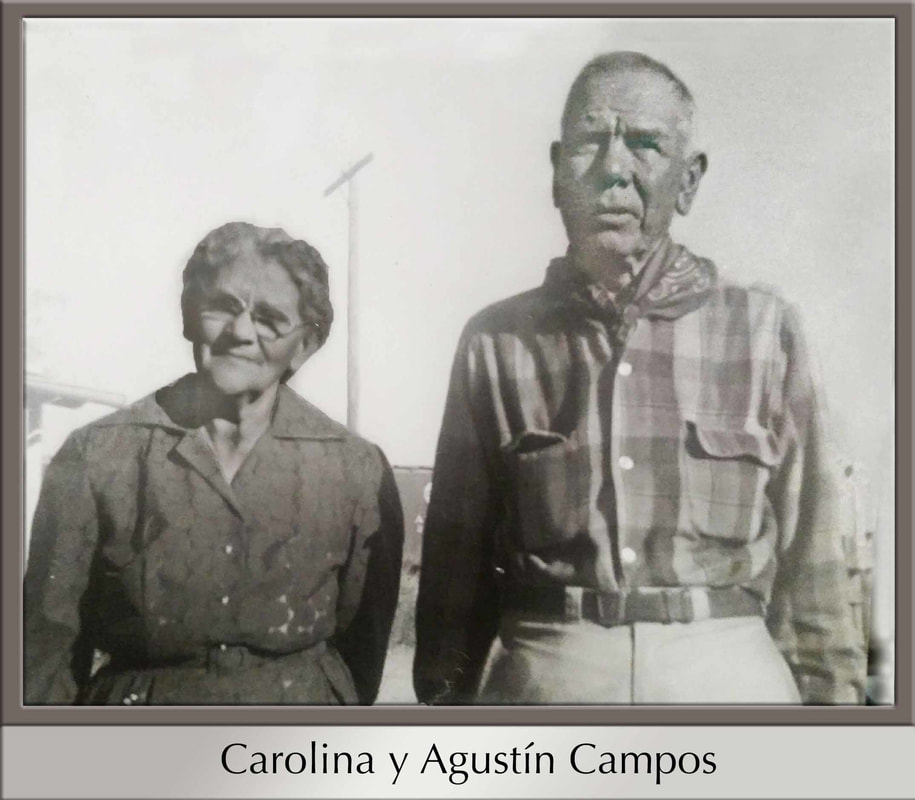 This photo of Carolina and Agustín was taken in Malaga, New Mexico.
It was provided by their granddaughter, Margarita "Rita" Rios Medrano on Jan 22, 2018. 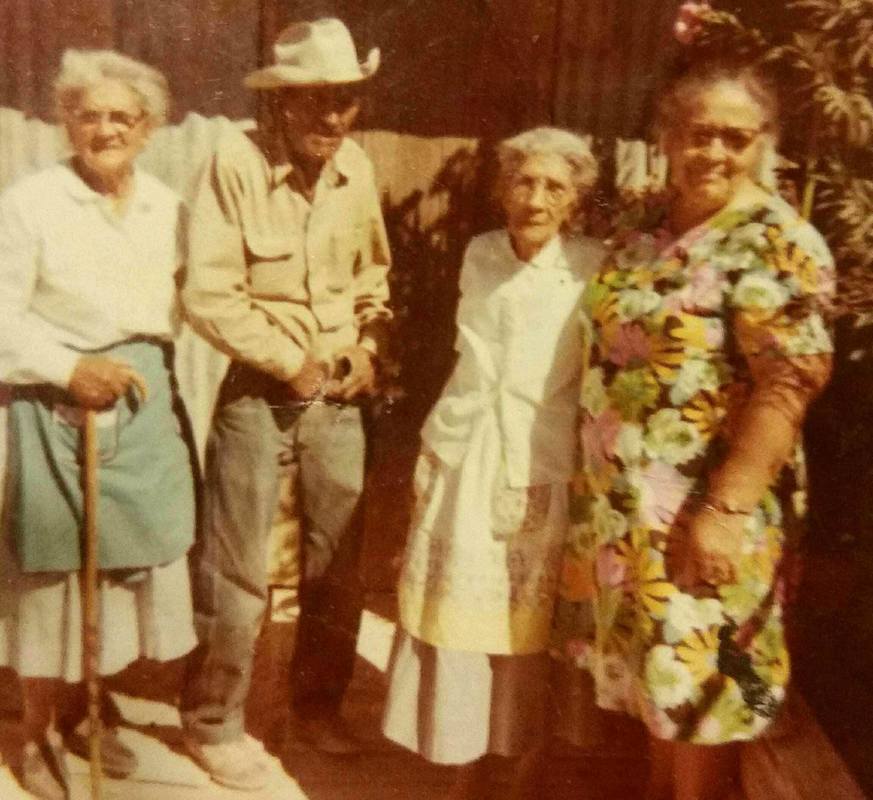 "Aunt Carolina Alvardo, my grandmother's sister, uncle Epifaño (Tata) Hinojos, my dad's brother, Mama Ana (Severiana) Alvarado Hinojos, and I'm not sure who the lady on the right is." Oscar Hinojos October 1, 2017
Josefa Domínguez was born in 1859.  We do not know here parents or siblings except for her sister (9 years younger) Pomposa. Josefa married Teófilo Alvarado, on 11 June 1877 in Jesus Nazareno Temple, Ojinaga. In 1930 she was a widow living with daughter Petra, probably in the Lajitas area. Josefa and Teófilo had three children:

(a) Daughter Severiana Alvarado was born on 14 February 1878 in Redford, TX.  She married Macario Hinojos, son of Vicente Hinojos and Tomasa Rivera, on 13 May 1903. He was born 3 October 1879 in Texas. By 1903 they had settled in the Lajitas area.  She died on 14 December 1978 in Alpine, at age 100. He died 1 March 1968 in Terlingua. Both are buried in Lajitas. They had nine children. For details see http://www.lifebeforetheruins.com/macario-hinojos.html

(b) Daughter Petra Alvarado was born circa 1893 in TX. In 1930 she was a widow, probably living in the Lajitas area, and was the manager of a general store.

If any mergers were done in error these id links will allow correction.
The information on this page was provided by Glen Dutchover, Lori Franco, Meli Dutchover Campos, Bob Wirt, and Celestina "Chele" Valenzuela Amatulli.  The photo of the Alvarado sisters was provided by Lori Franco (their names were provided by her father). Additional information on family members provided by Steven Franco.  Amy Elizabeth Steele contributed the photo of
This page was updated January 23, 2018.  Esta página fue actualizada el día 23 de Enero 2018.
Research notes were added April 8, 2018.
This page was last updated Sept. 4, 2020.  Ultima actualización Septiembre 4, 2020.