Luis Baéza
Luis Baéza married Pomposa Domínguez
Luis and Pomposa's children:
Luis and Pomposa's Godchildren:        son born in Texas on April 12, 1905 to Manuel Domínguez and Braulia Baeza and
was baptized in Terlingua on September 11, 1905 by Father Brocardus
[Note that the father and godfather are Domínguez and the mother and godmother are Baeza.]        daughter born to Lorenzo Luna and María Ontiveros on October 22, 1906 in Terlingua
was baptized in Terlingua on January 13, 1907 by Father Brocardus
* Note: Redford, Texas was also next to El Polvo, Texas. 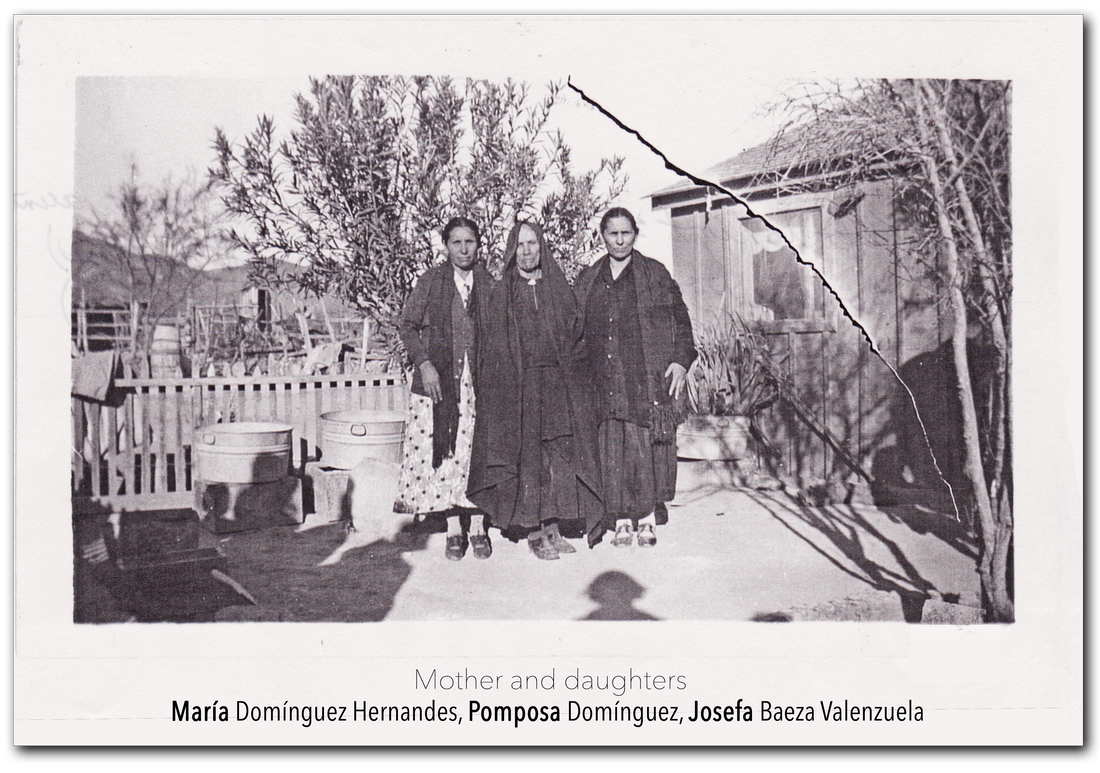 In her later years Pomposa left Texas and went to live in El Pueblito Chihuahua, MX. This photo was taken (probably in the 1950's) when two of her daughters, Cristina of Midland Texas and Josefa of Alpine, Texas went to visit her.
The Story:  According to Celestina Amatulli nee Valenzuela, granddaughter of Luis and Pomposa,  Luis had been adopted by the Baeza family and his birth heritage is not known.  Celestina also says that the family moved to Fort Leaton when Celestina's mother, Josefa, was a little girl.    Josefa was born in Redford in 1892 and Fort Leaton today is about 10 miles west on highway 170.  Note that the Redford area was also known as El Polvo.
The date of Pomposa's birth is based on the 1900 US Census. Family oral tradition said she was 102 when she died but that does not seem likely. Pomposa had a sister, Josefa Domínguez, who married Teófilo Alvarado.  Josefa's daughter, Severiana Alvarado married Macario Hinojos.  So the Hinojos family is related to the Valenzuela family.
Fort Leaton where the family lived
Fort Leaton was not a U.S. government fort.  It was a private compound with a very interesting history.  The University of Texas has a website called Texas Beyond History that has a very interesting history of Fort Leaton definitely worth reading.  Click here to read it.    According to that website, "After the Burgess family ceased to occupy Fort Leaton in 1884, the fort began to deteriorate. For the remainder of the 19th century and the first quarter of the 20th century, Fort Leaton was occupied periodically by several tenant families."

Below is a video of Fort Leaton by Texas Parks Wildlife.  Since history often depends on who is telling it, we recommend that you read the account on the site Texas Beyond History  by the University of Texas before you watch the video so that you can compare the two.

Rafaela Baeza was Josefa Baeza Valenzuela’s sister.  She moved from Texas to “El Pueblito” in Mexico in the state of Chihuahua.  She married Jesus Loya and raised her family there.

The 1930 Census of Mexico taken in May 1930 shows the family and at the bottom of the page there appears Alberto Baeza.   I found the record at the following place using Family Search. 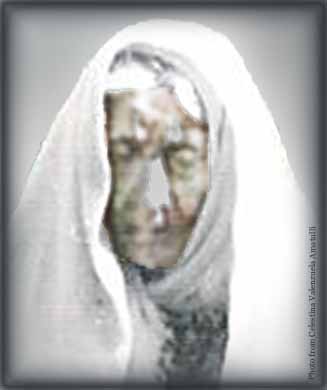 The following record has Pomposa's sister, Josefa marriage record that shows their parents:
Josefa Dominguez Mexico Marriages, 1570-1950 https://www.familysearch.org/ark:/61903/1:1:JHR9-PP8
This page was updated with links to Marcelo Dominguez' page and links to Alberto and Pablo's death records on January 24, 2018.
This page was updated on February 26, 2013 to add Godchildren.
Go to the Baeza Family discussion