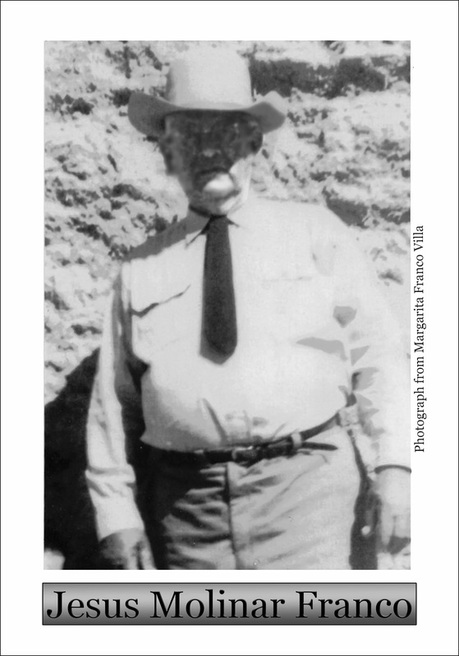 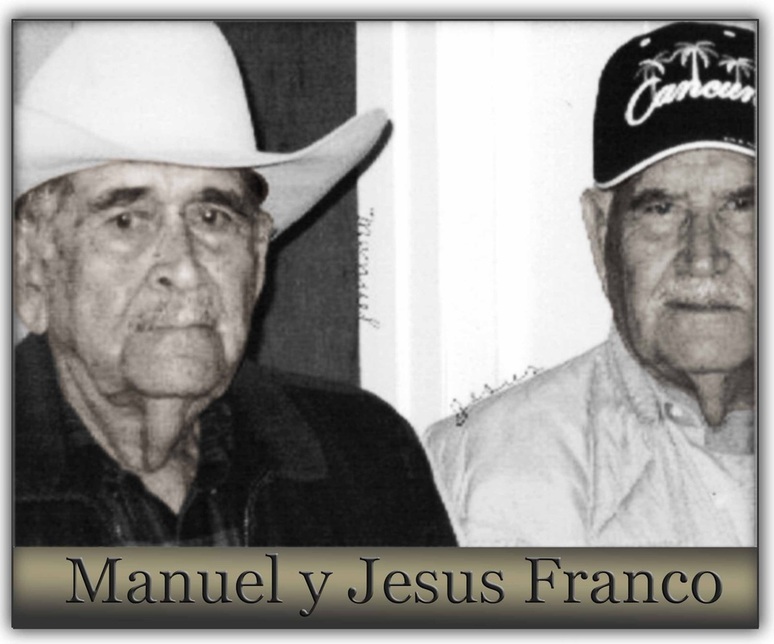 Their story:
According to Bob Wirt they lived in  El Indio in Presidio County along the Rio Grande between Presidio and Ruidosa. Her family name was also Franco. Her parents were Jesus Franco and Fausta Sanchez. Jesus and Ventura were married 10 Mar 1920 in Jesus Nazareno Temple, Ojinaga.

Margarita Franco Villa (her grandfather was Antonio Franco brother of Jesus) tells us that she visited them when she was a small girl and the Jesus Franco family lived in a place called Cierro Alto.  This may have been a ranch next to to El Indio.  Margarita provided a photograph of Jesus shown on this page.

View Larger Map
This is El Indio, TX where the family lived.