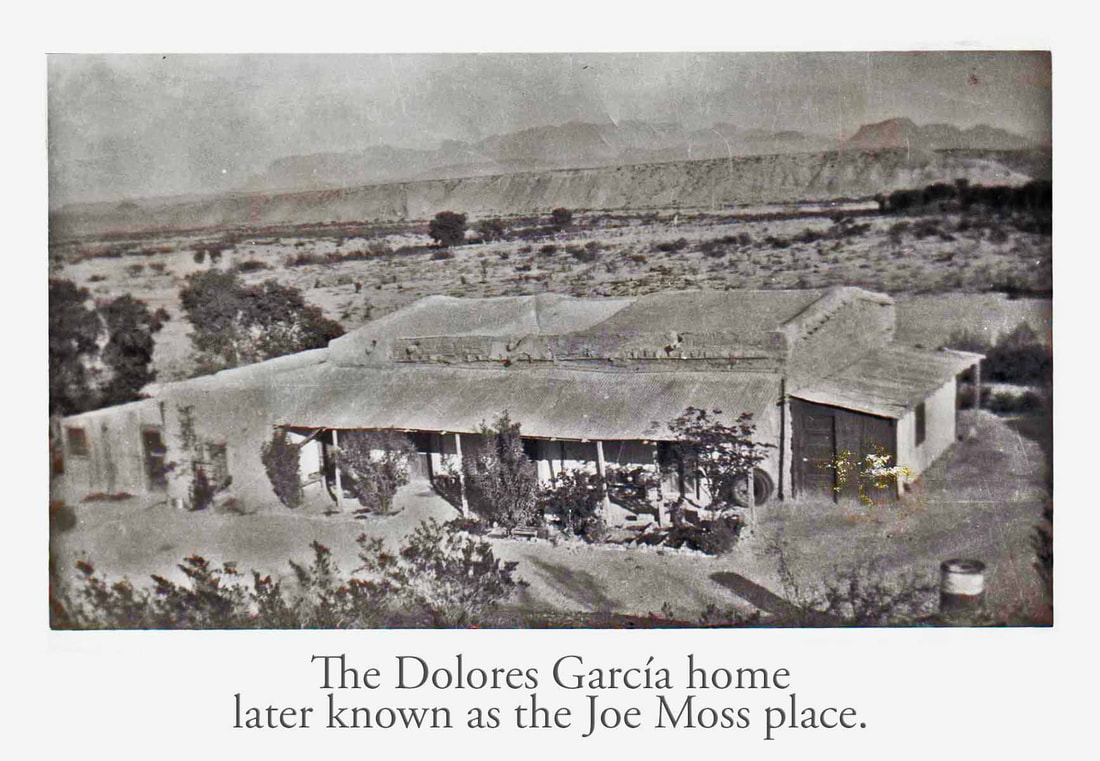 This photo of the García home was provided by
Ma. Louisa Franco Madrid, granddaughter of Dolores García.
Asalto en el Rancho de don Dolores
Home Invasion at my Grandparents' Home
by Maria Louisa Franco Madrid
One evening in March 1938, seven months after the death of my grandfather Dolores García, just after the family finished evening prayers, my uncle Asención went out as usual to check on the animal pens.  He was surprised by six armed men who marched him back into the house.  They demanded money from my grandmother Luisa.  She told them they had no money in the house, but they could take whatever else of value was in the house.  They ransacked the house looking for things to take unnecessarily damaging things.  Among other things, they cut the leather straps off an expensive leather trunk.
Five of the eight girls (Facunda, Altagracia, Rosalia, Josefa?, Maria, Trine) and the youngest son, Asención, were still living at home at the time.  As for the other siblings, Miguel, the eldest, and his family were living in Study Butte. Gregorio also was living in Study Butte with his widowed aunt Severa Villalva.  Natividad and Simona were married and lived in Alpine and Shafter respectively. 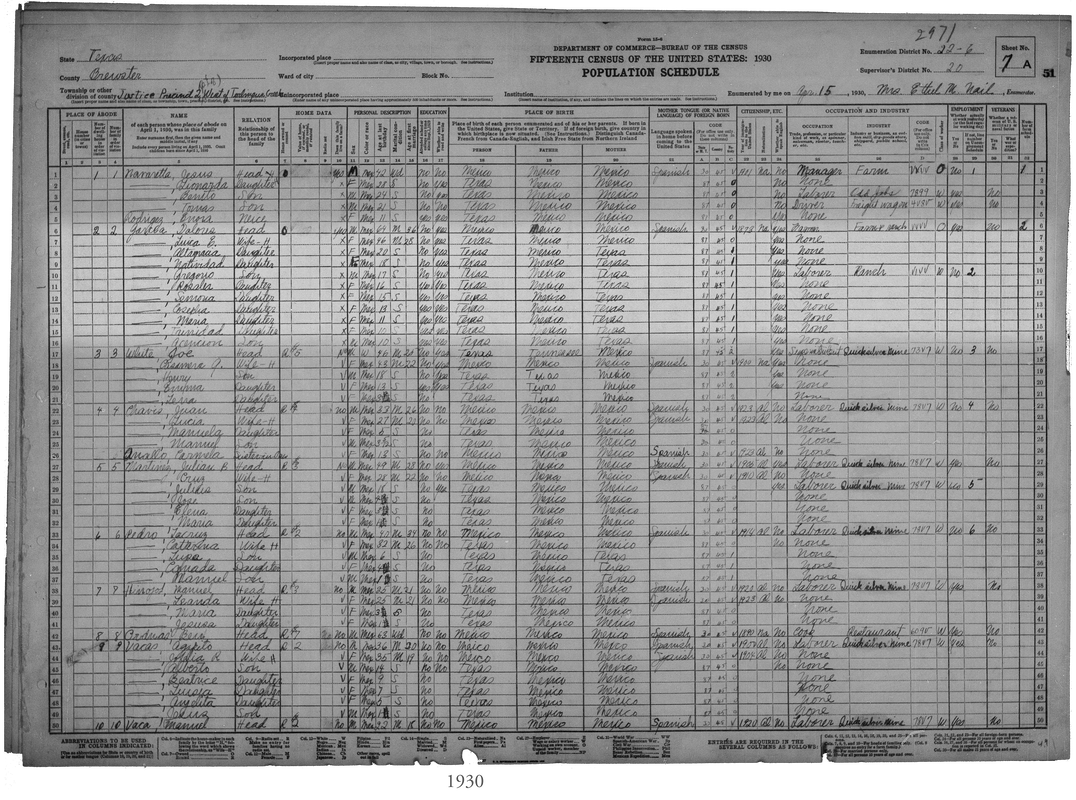