The Juan de la Cruz Baéza Story:
Juan was
"My mother's dad was Juan Baeza.  He was killed by the Rangers as he was crossing the river on horseback." by Rogelio Ybarra, son of Marcelina Baeza Ybarra
Alvino Ybarra married Teófila in 1922
Alvino and Teófila had six children:
All six children were born in Castolón.  Of the six, only Concha still living.  She is in Marathon, Texas. 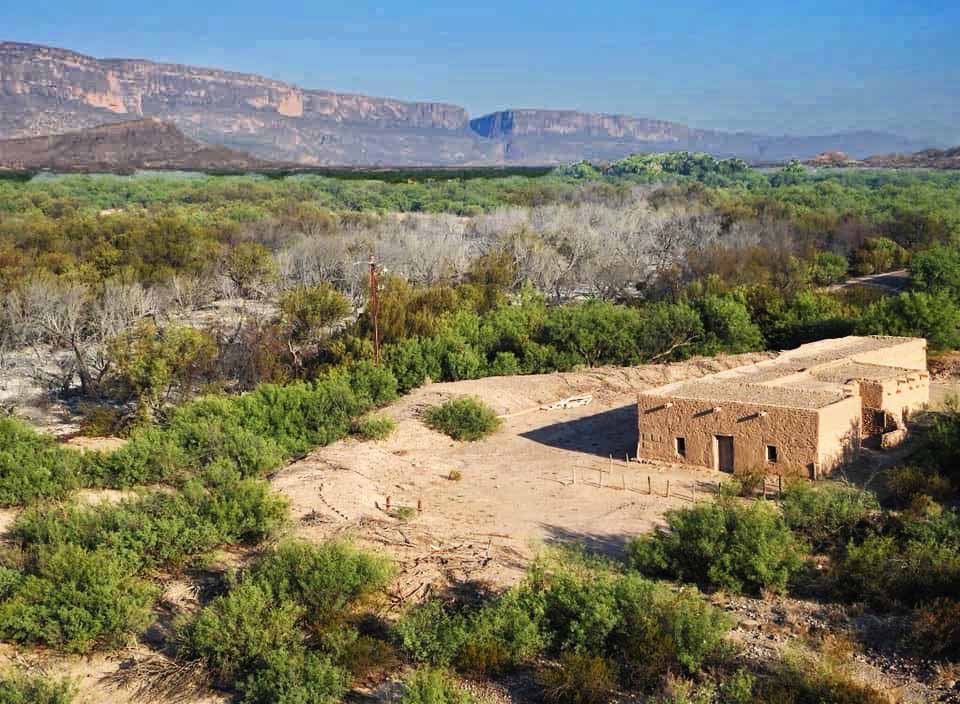 The Alvino Ybarra House
in the Big Bend National Park at Castolón
This photo was taken by Joe Madrid from Castolón on May 24, 2019 a week before a fire devastated the trees seen in the background and the Castolón Store/Officers Quarters but missed the Alvino house.
This is a link to Alvino House in the Library of Congress:
www.loc.gov/pictures/search/?q=Drawing:%20tx0588&fi=number&op=PHRASE&va=exact&co%20=hh&st=gallery&sg%20=%20true
From: Bob Wirt  Subject: Juan Baeza  Date: Apr 1, 2010 10:00 AM
Just found a baptism record on another child of Juan Baeza and Teofila Luna.
Juan de la Cruz Baeza, born 24 Nov 1916 in Castolón, TX. He was baptized in Big Bend (Study Butte area) 11 Mar 1917 by Father Antonio Alonso from St. Agnes Church in Terlingua. His godparents were Jose Garcia (La Coyota resident) and Cristina Baeza (Juan's sister).
The information on this page was provided by Rogelio "Rocky" Ybarra with additional information from Bob Wirt.  Photo of Alvino house provided by Joe Madrid.  Library of Congress house plans from Antonio S. Franco.
This page was last updated March 14, 2021.